Dimos de Beun started to play the recorder at the age of nine with Tomma Wessel as his teacher, at the Conservatory of Bruges. In 2006, he passed his final exam for the Master’s Degree in the class of Bart Coen at the Royal Conservatory of Brussels Summa cum Laude. He also got his Bachelor’s Degree in Orchestra Conducting. In the same year, he was awarded the prestigious ‘Ingeborg Koeberle’-prize, which is given to to most outstanding student of the year.   Dimos also studied harpsichord and organ at the conservatories of Brussels, Antwerp and Bruges, with Herman Stinders, Ewald Demeyere and Ignace Michiels.

As a player of these different instruments, he is very active in the freelance world and has recently performed in famous ensembles such as La Petite Bande, Ricercar Consort, Huelgas Ensemble, Ex Tempore, Currende, Phoenix Ensemble Munich…

In the region of Bruges he plays regularly with Arco Baleno and in January 2010, he started to conduct Da Cantar, a choir that focuses on the polyphonic repertoire.   He is the organist at the protestant church and teaches recorder and chamber music at the Conservatory of Bruges. 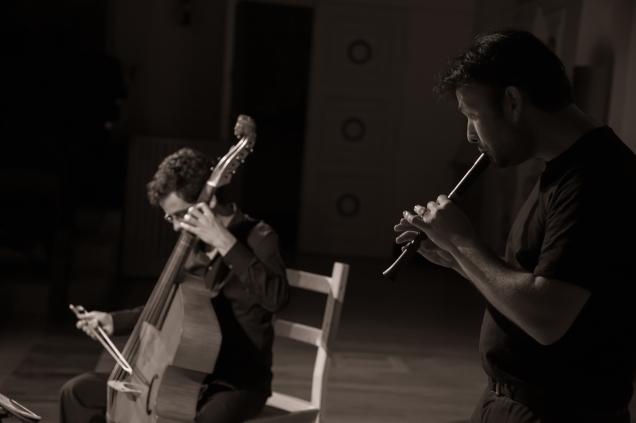